How to increase your probability of success in trading cryptocurrency. That is the goal of this article. Technical analysis and understanding chart patterns can certainly help you get good Bitcoin-  or Altcoin trades.

All patterns consist of candlesticks (price actions) that draw a picture on the chart. That picture can help you predict the price movement in the near future and tells you if your coin is in a bullish or bearish trend. These patterns happen on all cryptocurrencies and on all time frames. If you look at smaller time frames there can be a slight variation on charts on TradingView and Binance for example.

The chart patterns we will cover are:

Continuation Patterns In The Crypto Market

When there is a rapid price movement, the market needs time to absorb instability generated by that trend’s momentum and this causes both volume and price rate of change to drop sharply.

When patterns mature through the passage of time, there is often a resolution, through either

Traders often look at the body of evidence in price and volume when determining whether a breakout from a consolidating pattern will support a continuation of the trend that leads into the pattern or whether a reversal of the trend will occur. The repetition of indecision patterns occurs often when looking at the financial markets and can be useful if a resolution to the pattern can be quickly identified.

Continuation refers to the resumption of a trend after a consolidating or pattern of indecision. When looking at the various patterns and formations that can occur on price graphs, patterns are often unreliable as to whether the pattern will ultimately point to a continuation of the trend or a reversal of price trend. Generally, indecision or a lack of enthusiasm results in price patterns that interrupt the trend in prices in the stock market for a short period.

Reversal patterns in an online trade indicate that an important reversal in trend is taking place.

These are a few important characteristics of reversal patterns.

· The presence of a previous significant pattern is a crucial prerequisite for a reversal pattern.

· The first signal of an impending trend reversal is often the breaking of an important trend line.

The higher the height of the pattern (the volatility) and also the longer it takes to develop – the more vital the pattern ends up being and the greater the possibility for the occurring price action.

· Topping patterns are generally much shorter as well as more volatile than bottoms. Tops form usually quicker than bottoms.

· Volume is normally more influential on the upside. The completion of a pattern should come with a boost in volume, particularly at market bottoms. Market tops often drop on their own pressure once a trend reversal is underway.

Formation of the triangle, or trader triangle, in the price movements of a  cryptocurrency, indicates that in a smaller trading range, the price fluctuations continue.

A triangle could signal a reversal or continuation of the trend but identifying triangle patterns allows for trading opportunity during formation and after a breakout from the pattern. The resistance and support areas in the formation of a triangle are identifiable as daily fluctuations move toward the apex.

Various kinds of triangles could be formed and all these various signals different scenarios.

· Symmetrical Triangles are formed when lines drawn connecting peaks and troughs tend to converge at the center of the pattern. There is a high probability that the future price will trend in the direction of the breakout when there is an increase in volume along with a price break outside of the pattern.

· Ascending Triangles are formed when a line connecting the peaks is horizontal while the line connecting the troughs rises and converges with the top line as a series of rising troughs meets resistance at the same level. Volume often remains moderate to low throughout the formation of the trader triangle with marked increases on the breakout.

· Descending Triangles are formed when troughs form a horizontal line while a series of falling peaks create a line that is a downward sloping resistance line.

It must be noted that a trader triangle is subject to many false moves and are among the least reliable of chart patterns. Usually, in triangles, the trend leading into the triangle continues on the breakout of the triangle.

Analysts recommend observing the volume at the occurrence of a breakout. A breakout with rising volume is generally a good indicator of a continuation of the price rising.


The price range of the base of the trader triangle opposite the apex is considered to be a fair estimate of the move that will occur after the breakout from the triangle formation.

Are you relative new in the crypto space? Read our article on Cryptocurrency for newbs 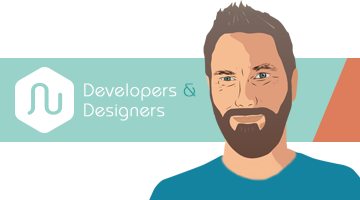